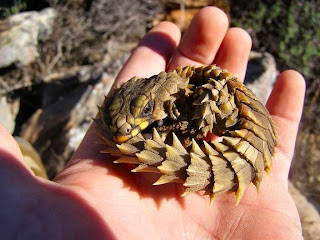 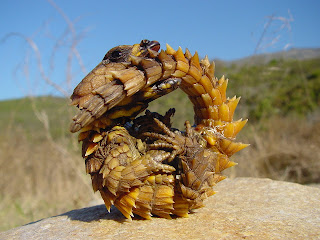 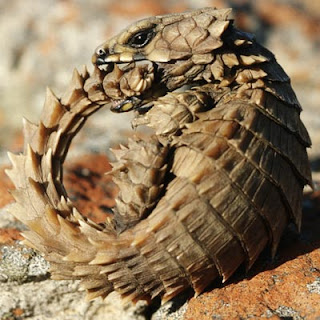 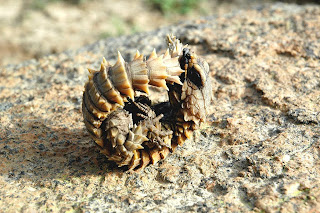 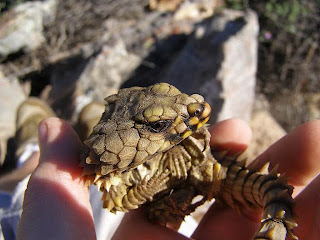 Uncommon Behaviour : The Armadillo Lizard possesses an uncommon antipredator adaptation, in which it takes its tail in its mouth and rolls into a ball when frightened. In this shape it is protected from predators by the thick, squarish scales along its back and the spines on its tail.