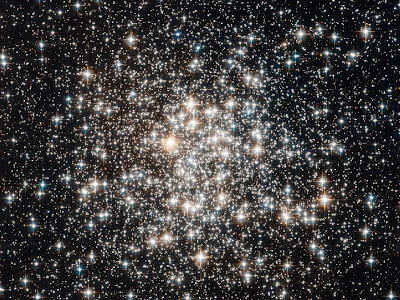 The Hubble Space Telescope captured a crowd of stars that looks rather like a stadium darkened before a show, lit only by the flashbulbs of the audience’s cameras. Yet the many stars of this object, known as Messier 107, are not a fleeting phenomenon, at least by human reckoning of time these ancient stars have gleamed for many billions of years.