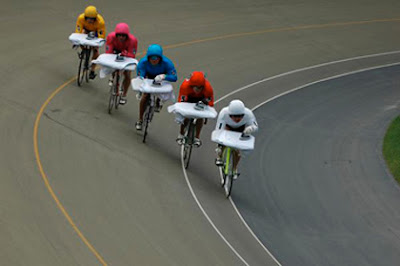 photo credit
Extreme Ironing (also called EI) is an extreme sport and a performance art in which people take an ironing board to a remote location and iron items of clothing. Extreme ironing is "the latest danger sport that combines the thrills of an extreme outdoor activity with the satisfaction of a well-pressed shirt."

This can involve ironing on a mountainside, preferably on a difficult climb, or taking an iron skiing, snowboarding or canoeing. Beginners usually start extreme ironing in the safety of their back gardens, although some daring members have been known to go straight to the mountain. Despite it's superficial danger, extreme ironists always take numerous safety measures, including safety ropes, harnesses, spare irons and the like. 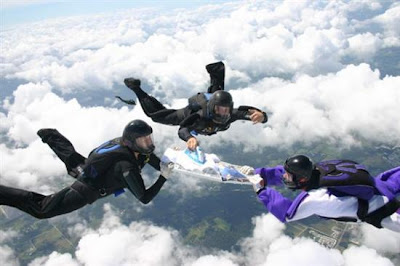 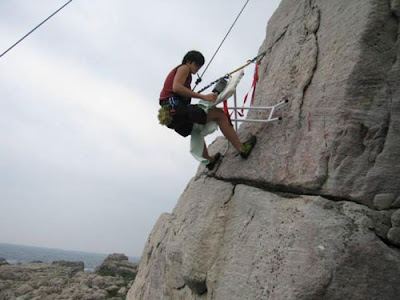 photo credit
History : Extreme Ironing was first started in 1997 by Leicester man, Philip Shaw, when Philip decided to do his ironing in the back garden. Since then, extreme ironing has developed into a sport that has attracted and give attention around the world. Shaw came home from what he recalls as a hard day in a Leicester knitwear factory. Preferring the idea of an evening out rock climbing, he decided to combine the two activities and convert it into a new extreme sport.


In June 1999, Shaw, who uses the nickname "Steam", embarked on an international tour to promote the activity. The stops included United States, Fiji, New Zealand, Australia and South Africa. An encounter with German tourists in New Zealand led to the formation of a group called "Extreme Ironing International" and the German Extreme Ironing Section (GEIS). 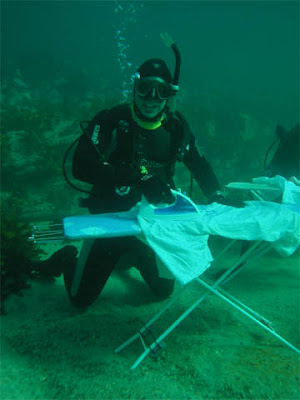 photo credit
The "sport" gained international attention after a documentary entitled Extreme Ironing : Pressing for Victory, was produced for Britain's Channel 4 by Wag TV and From then it becomes the unusual competition of Extreme Ironing.