2 Women in their 80s Parachute For Ohio Charity.

2 Women in their 80s Parachute For Ohio Charity 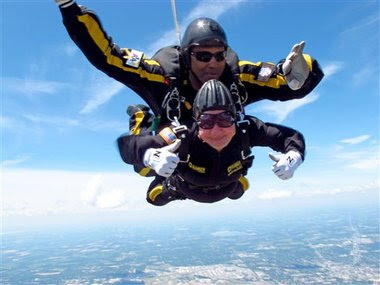 Image credit ~Sgt. 1st Class Marc Owens
LIMA, Ohio (AP) — Two great-grandmothers in their 80s have parachuted from a plane to raise the money for a veterans' food pantry in northwest Ohio.

The women parachuted to raise money for the local chapter of Blue Star Mothers of America and its veterans' food pantry. Blue Star members are mothers whose children have served in the military. 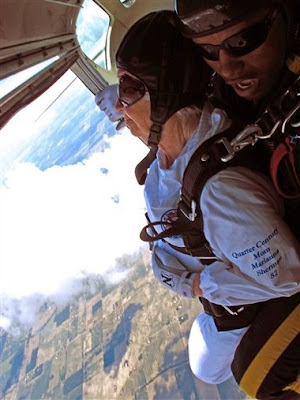 Bryan is from Lima. Sherman is from Kenton. Bryan likes parachuting so much she wants to accompany Bush if he jumps for his 90th birthday. She would be 85.
[source]
18:09
Amazing Woman, Latest Facts, Random Facts