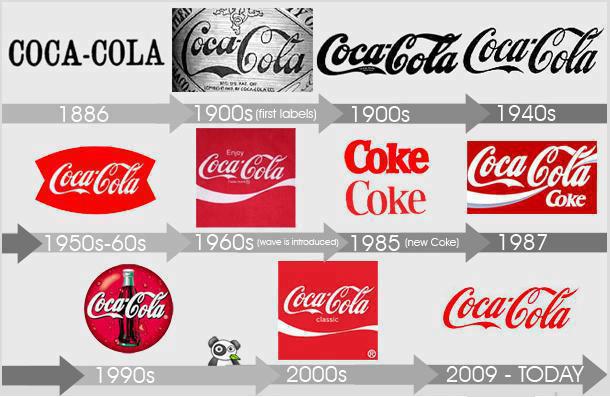 Coca Cola was invented by Doctor John Pemberton in May, 1886,who was a pharmacist from Atlanta, Georgia. John Pemberton concocted the Coca Cola formula in a three legged brass kettle in his backyard. The name was a suggestion given by John Pemberton's bookkeeper Frank Robinson.
Being a bookkeeper, Frank Robinson also had excellent penmanship. It was he who first scripted "Coca Cola" into the flowing letters which has become the famous logo of today.

The soft drink was first sold to the public at the soda fountain in Jacob's Pharmacy in Atlanta on May 8, 1886.

About nine servings of the soft drink were sold each day. Sales for that first year added up to a total of about $50. The funny thing was that it cost John Pemberton over $70 in expanses, so the first year of sales were a loss.

Until 1905, the soft drink, marketed as a tonic, contained extracts of cocaine as well as the caffeine-rich kola nut.
[Source]
16:12
Coca Cola, Evolution, Evolution of Coke Logo from 1886 Till Now, History Facts, History of Coca Cola