Trekking through the Himalayas might be an exhilarating adventure, though what emotions and thoughts might just plague your body if you stumble across 200 human skeletal remains? A British guard made this discovery in 1942. Being in the middle of World War II, you may probably imagine the fear the British government had upon this discovery. It was thought that these people were Japanese soldiers sneaking their way through the valley. On examination, it was determined that these remains were far too old.

The lake of Roopkund, India is situated in a valley surrounded by mountainous peaks 16,000 feet above sea level. Despite the beautiful mountain side views and sparkling water, something frightening happened here. What could have happened to these people? Some had hypothesized ritual sacrifice, illness, avalanche and even a landslide. It wasn’t until 2004 that the deaths were determined as a simple hailstorm. 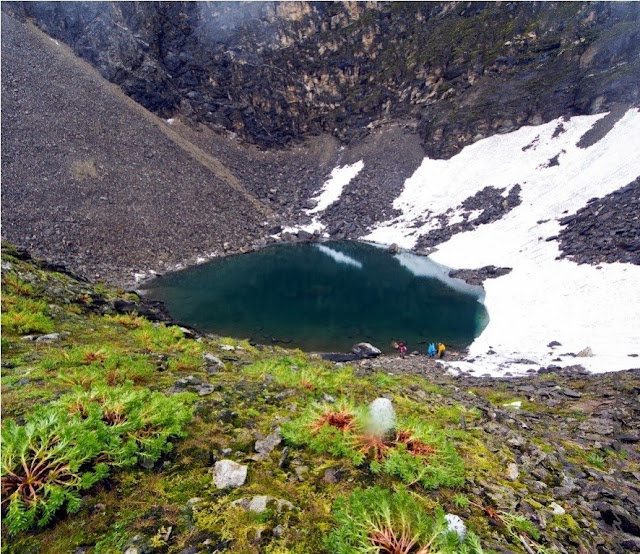 All 200 bodies that were found in and around this lake were carbon dated back to approximately 850 A.D. The scientist performing the tests had also found that there were two distinct groups of people. One group was a taller statured tribe or closely related family members as the other group was determined as a smaller group of locals that more than likely have been hired as guides. Along with these bodies, there were items such as leather shoes, bamboo staves and spears scattered throughout the area. They had found that both the taller group and the shorter group of locals had been on a trek through the area. 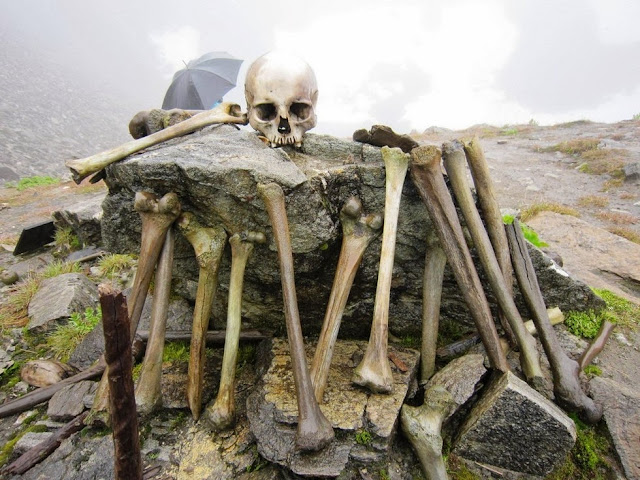 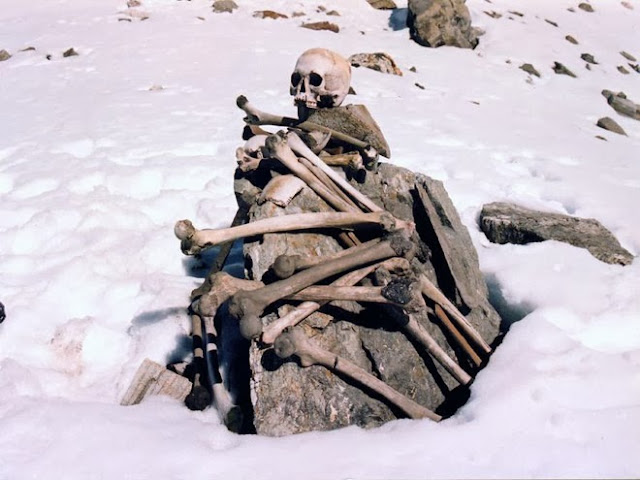 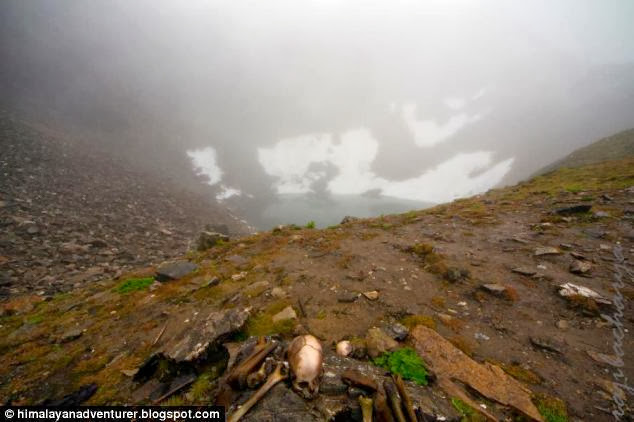 The conclusion of the Death by Hailstorm theory was agreed upon by the deep, round cracks found on the shoulders and skulls of the bodies. Being that the wounds were only on the skulls and shoulders more than likely meant that the blows came from above. The people had no shelter to protect themselves from the sudden onslaught of hail and died instantly.

An ancient Himalayan folk song that was popular among the women spoke of a raging goddess. For those who vandalized her mountain she would end the lives of the vandals by “Flinging hailstones ‘hard as iron’” upon them. Not one person knew until 2004 that the incident was what really happened.


To this day, close to 1,200 years after their timely deaths, the bodies still remain laying around the lake.