An Anime Character In Real Life ! Do you Believe this?

Anime cartoon characters are known for their large eyes and heads in proportion to their bodies. Using this inspiration, Ukrainian teenager Anastasiya Shpagina has transformed herself into a living Anime cartoon character complete with vivid hair color, a tiny waist and a pouty mouth. She has also adopted the Japanese name Fukkacimi and maintains a weight of 90 lbs on her tiny 5’2” frame. Eventually, Anastasiya would like to plastic surgery to reshape her eyes and waist even further.

In this image, Anastasiya poses with another real-life anime character, Valeria Lukyanova. 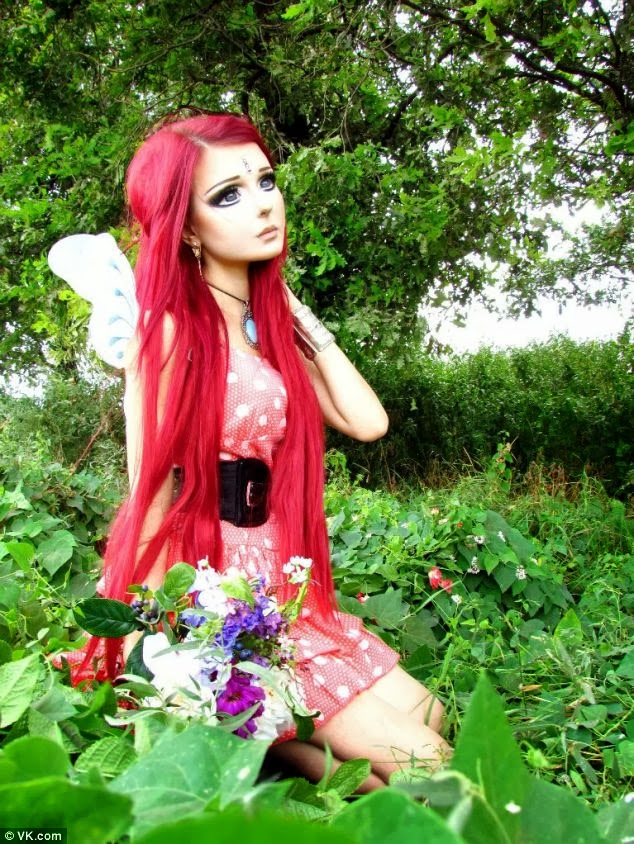 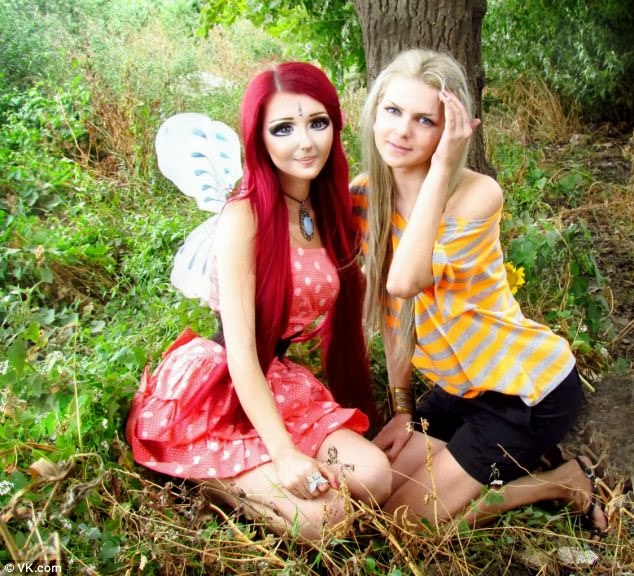