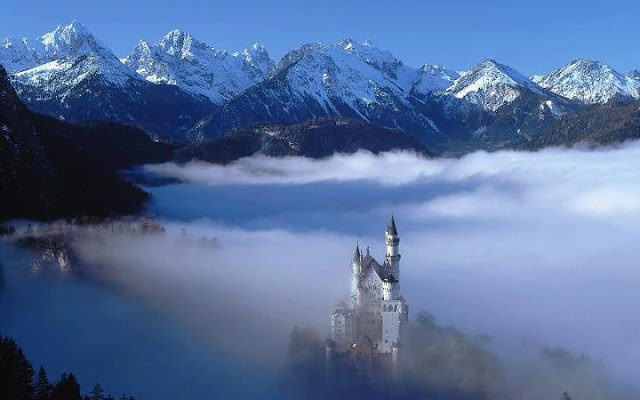 Neuschwanstein Castle is a 19th century Romanesque Revival palace on a rugged hill above the village of Hohenschwangau near Fussen in southwest Bavaria, Germany. It was built by the King Ludwig II of Bavaria, also known as the “Fairy tale King”. 7 weeks after the death of the King Ludwig II in 1886, Neuschwanstein was opened the castle to the public. The shy king had built the castle in order to withdraw from public life on where is now vast numbers of people came to view his private refuge.