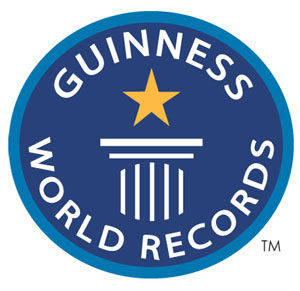 If you don't know about how guinness world records started then this will help you to know about it.It basically started when Christopher Chataway commissioned student twins Norris and Ross McWhirter, who had been running a fact-finding agency in London, to compile what became The Guinness Book of Records in August 1954. We've rounded up ten strange records you probably never knew about for your viewing enjoyment after the break.

1.  Most People Crammed Into a Smart Car


7. Fastest Speed for a Towed Skateboard