Archeologists have unearthed a cone shaped skull looks like of alien from 1,000 years ago in Mexico. The find was made near the Mexican village of Onavas.

Cristina Garcia Moreno, who worked on the project with Arizona State University, explained that 13 of the 25 skulls found in the Hispanic cemetery had these deformed heads.

The burial ground consists of 25 individuals; 13 have intentional cranial deformation and five also have dental mutilation.

The site, known as El Cementerio, was discovered in 1999, but the team just completed their analysis of the skeletal remains last month. They plan to continue their research during the next field season. Archaeologists also discovered artifacts on the site, like pendants, nose rings and jewelry. 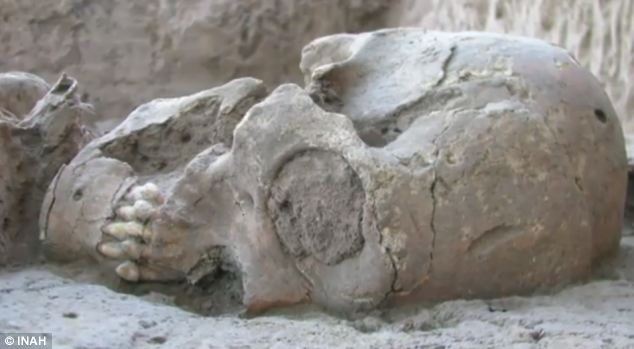 They said the deformation of human skulls was part of an ancient ritual that took place 1,000 years ago. The deformation was achieved by binding a person’s head between two blocks of wood to apply pressure on the skull by wrapping the wood with bands. 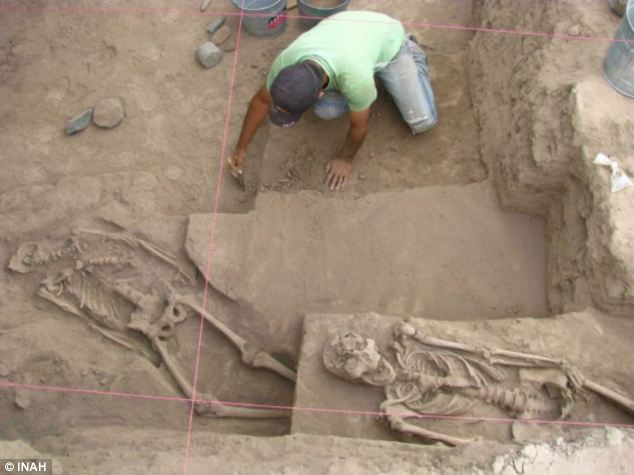 “Cranial deformation has been used by different societies in the world as a ritual practice, or for distinction of status within a group or to distinguish between social groups,” Moreno told ABC News. “The reason why these individuals at El Cementerio deformed their skulls is still unknown.”

The team said that many of the bones unearthed were the remains of children, leading them to believe the practice of deforming skulls “may have been inlet and dangerous.”

The Chinook of the U.S. Northwest and the Choctaw of the U.S. Southeast both were known for practicing skull deformation as well.