Usain Bolt is still the fastest man in the world after his winning in the 100m dash at the 2012 London Olympic Games. If you’ve ever wondered why Usain Bolt still beats the top sprinters in the world then let science explain it to you. Bolt's name is apt. The 25-year-old athlete is almost unbelievably fast. At the 2008 Olympics in Beijing, the three-time gold medalist dashed this event in just 9.69 seconds, and at the 2009 World Championships in Berlin, he shaved a tenth of a second off this time, setting a new world record of 9.58 seconds. 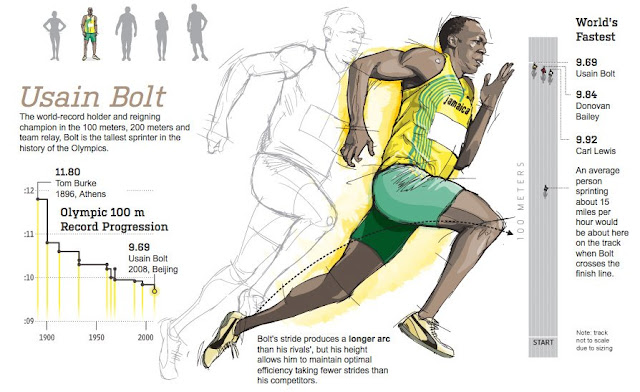 The secret to Bolt's speed lies in his height and his strength, according to Massachusetts Institute of Technology mechanical engineer Anette Hosoi.

" Usain Bolt is unique in that somehow, he is able to get both top acceleration and maintain top speed," Hosoi said, in an interview with the National Science Foundation (NSF). At 6 feet 5 inches tall (196 centimeters), Bolt is taller than his competition on the track. His long legs enable him to glide farther with every step. The 100-meter dash takes most sprinters an average of 44 steps to run. Bolt has to take only 41 steps. 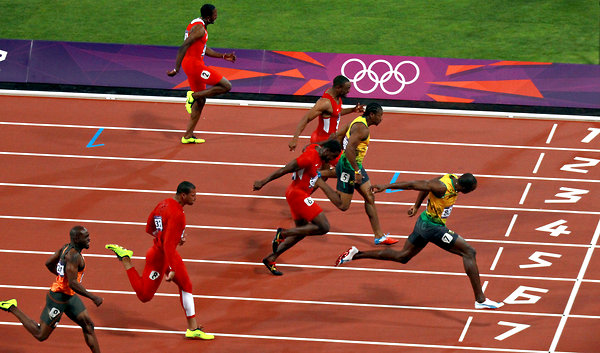 But along with Bolt's extra height, he also has more mass to move than other sprinters. To do this, he needs strength, which means lots of time in the weight room. The final ingredient, said Stanford University engineer Samuel Hamner, is coordination.

"If you're off by a few milliseconds when you're generating these forces you'll fall over or you'll injure yourself," Hamner told the NSF. "So it takes precise timing of the electrical signal that comes from your brain to your muscle to create that force."

Bolt has strong competition for the title of fastest man in the world this year, because fellow countryman Yohan Blake won both the 100- and 200-meter races at the Jamaican Olympic trials. His personal best in the 100-meter sprint is 9.75 seconds.
[source]
23:27
Amazing Person, Body Facts, Science and Technology Facts