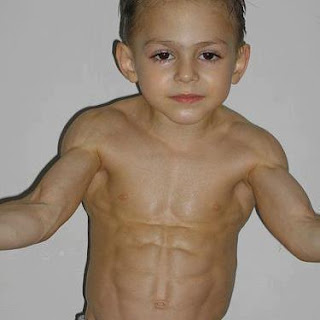 Giuliano Stroe (born June 18, 2004) is a Romanian gymnast.Giuliano Stroe is a 7-year-old gymnast of Romanian descent. Giuliano Stroe has been lifting weights and learning gymnastics since he was two-years-old. In 2004, he was recorded in the Guinness Book of World Records after setting the record for the fastest ever ten metre (33 feet) hand-walk with a weight ball between his legs.

On February 24, 2010 he broke the world record for number of push-ups of 90 degree (which is an exercise where without letting your feet touch the ground push-ups are performed). Stroe managed 20 90 degree push-ups beating his previous record of 12, live on Romanian TV.
22:11
Amazing Person, Body Facts, Child Facts, Guinness World Record, World Facts