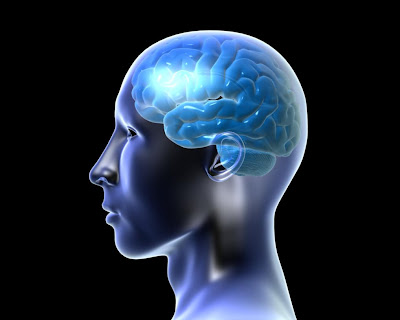 15 Facts You should know About Your Brain :

1. Every time you have a thought you are creating new connections (neural pathways) in your brain.

2. When you have the same thoughts or emotions automatically triggered by a certain event, this emotion or thought comes from a neural network that was wired when you experienced that event for the first time. Every time you experience a similar event, the same network is triggered and you can’t even remember where it comes from and why you feel that way.

3. Your brain is 75% water ,  that’s why, when you are dehydrated, your brain slows down and becomes fuzzy long before you get the actual physical symptoms of thirst.

4. When you yawn after someone else also did this , you did this because you have cells in your brain called mirror neurons. If this part of the brain is damaged, a person finds it hard to socialise and communicate with others (autistic people experience this challenge).

6. Information travels at different speeds within different types of the neurons. Not all neurons are the same. There are a few different types within the body and transmission along these different kinds can be as slow as 0.5 meters/sec or as fast as 120 meters/sec.

7. While awake, your brain generates between 10 and 23 watts of power or more than  energy to power a light bulb.

8.  For years, scientists believed that tinnitus was due to a function within the mechanics of the ear, but newer evidence shows that it is actually a function of the brain.

9. Laughing at a joke is no simple task as it requires activity in five different areas of the brain.

10. Differences in brain weight and size do not make differences  in mental ability. The weight of Albert Einstein’s brain was 1,230 grams that is less than an average weight of the human brain.

11. Humans can’t tickle themselves because the brain distinguishes between unexpected external touch and a person’s own touch. Without any words, humans may be able to determine the mood of a person just by reading the face. A small area in the brain called the amygdala is responsible for the ability to read someone else’s face for clues to how they are feeling. There are no pain receptors in the brain, so the brain can feel no pain. Scientists have discovered that men and women’s brains react differently to pain, which explains why they may perceive or discuss pain differently. There is a class of people known as supertasters who not only have more taste buds on the tongue, but whose brain is more sensitive to the tastes of foods and drinks.

12. Your brain is the most energy-consuming part of your body. The brain represents only 2% of the body weight, but it uses up to 20 percent of the body’s energy production. The energy is used for cell-health maintenance and to fuel electrical impulses that neurons employ to communicate with one another.

13. It is estimated that the human brain has a raw computational power between 10 power(13) and 10 Power(16) operations per second. It is far more that 1 million times the number of people on Earth.

14. Your brain didn’t stop developing when you turned 18, it continued developing well into your 20′s and it continues to change throughout your whole life.