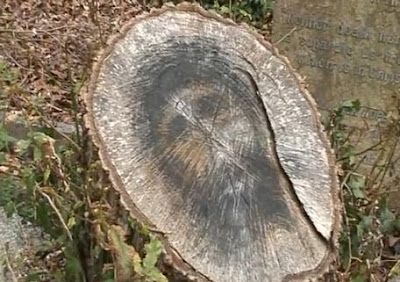 The tree, which was recently felled at Belfast City Cemetery in west Belfast, appears to show the face of a bearded man resembling Jesus on the remaining stump beside a grave.

On 7 August 2012, an image purportedly depicting the face of Jesus appeared on a tree stump in the cemetery.It is isn't clear whether the face is a natural formation of whether someone has tampered with the stump, but either way the spectacle has been drawing quite a lot of attention.

Different people have different view about this image but this discovery has got many attention and out with a miracle to have a image whether its of Jesus or Something like that.