Did 16th-century priest have 'superpowers' ? 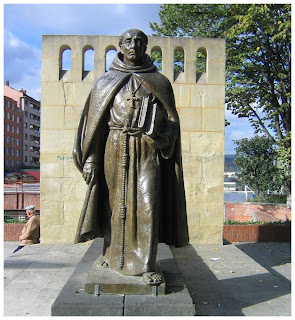 © Wikimedia
The man who prosecuted Calderon was Fray Juan de Zumarraga (his statue is shown here), the archbishop of Mexico and Apostolic Inquisitor of New Spain. For reasons unknown he gave Calderon a light sentence, prohibiting him from saying mass for two years and exiling him back to Spain.
Catholic priest Pedro Ruiz Calderon was put on the trial in Mexico City for practicing black magic. The priest actually bragged about the powers he had acquired according to the records a researcher is working on publishing.

According to the records, He claimed to be able to teleport between continents, make himself invisible, make women fall in love with him, predict the future, turn metals into gold, summon demons and the most importantly, discover buried treasure.


Records of the trial that took place in the year  1540 have revealed the startling nature of the case. Rather than attempting to plead his innocence like most people would, Calderon instead boasted about the remarkable 'superpowers' which he claimed to have. These powers  included turning invisible, predicting the future, teleporting over large distances, turning base metals in to gold and the summoning of demons. He even claimed that he had journeyed into hell itself in order to obtain many of his abilities.

Surprisingly, despite prosecutor Fray Juan de Zumarraga's notorious use of extreme punishments, Calderon received only an exile back to the Spain and a two-year ban from giving Catholic services.

John Chuchiak IV, a professor at Missouri State University said "He really typifies all of the major types of learned magic, from summoning and conjuring demons, to exorcising demons to the powers of cloaking himself, making himself invisible,"


He could also hypnotize peopleo , it's one of the earliest, I think, descriptions of hypnotism, mesmerizing people."

The records go on to claim that Calderon is able to make himself invisible and can travel across great distances in a short amount of time. "It's just fascinating. The story just goes on and on," Chuchiak told LiveScience of the more than 100 pages of trial records. 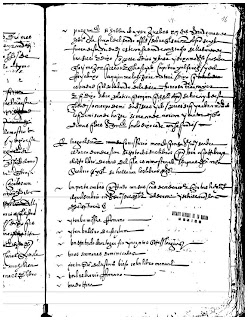 
Why a priest like Calderon may have strayed so far off may be due to two rather earthly things bragging rights and financial gain.

Chuchiak notes that Calderon loved to brag. After the trial was over, he caught pneumonia, was sent to the infirmary, and while there, "he was bragging about his ability to cloak himself and to win over almost any woman that he could," he said.
[Source]
16:46
Amazing Person, Black Magic, History Facts, Latest Facts, Mysterious Facts, Random Facts, Superpowers