A Dutch man at the age of 32 began a free "baby making" service and in 9 years time he has 82 children spread around the globe. 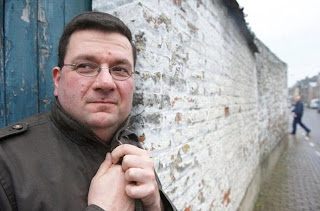 
Its Strange that This man had 45 girls and 35 boys in nine years. His children are spread all over the globe - Germany, Holland, Italy, Spain, Belgium, France and New Zealand.

Ed Houben stayed a virgin till the age of 34. He usually waits for women to come to him at his home in Maastricht, but makes exceptions if the women pay for his travelling expenses and accommodation, the Daily Mail reported.

The man had s*x with 15 women every month, and has fathered 82 children so far.

He said he began to donate sperm to local clinics. But later he found there was a market for procreation “the natural way”, the daily said.

He connects with childless women through German website Spermaspender.de.

All women must submit medical records showing they are disease and drug free.