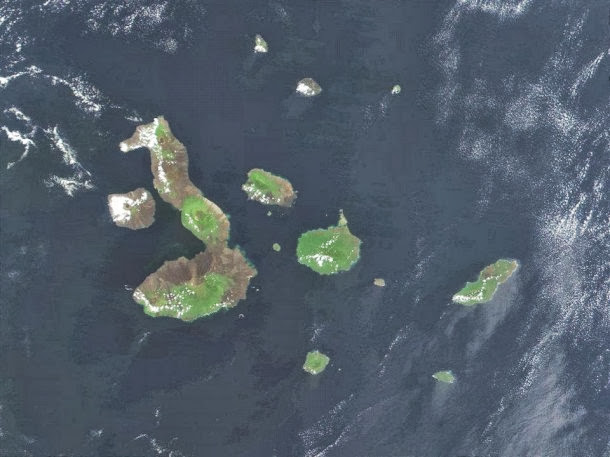 The largest island of the Galapagos Islands, Isabela Island, looks just like a seahorse. This island was formed by the volcanic eruptions that occurred millions of years ago.  By closely seen, three craters of volcanoes that created the island are there.
2.  Lover's Island - Heart 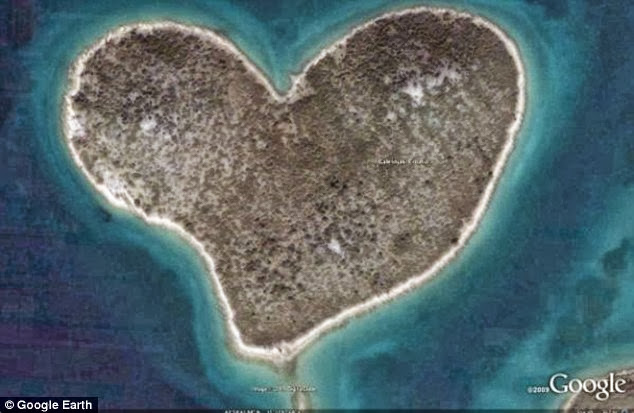 It is just off the Croatian coast. It is one of the few naturally occurring heart shapes on Earth. It is called as Galeshnyak island, privately owned and contains only wild plants and trees. The island's unusual shape was first recorded in the early 19th century by Napoleon's cartographer Charles-François Beautemps-Beaupré, who included it in his 1806 atlas of the Dalmatian coast 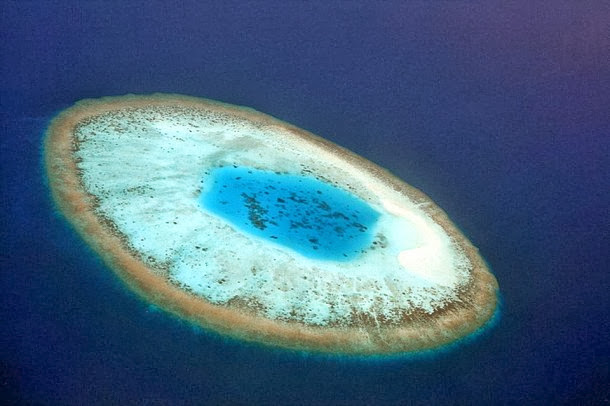 This island has shaped like human eye, complete with retina and iris.  It can be found in the Maldives. Some believe that this island is more like a jellyfish. 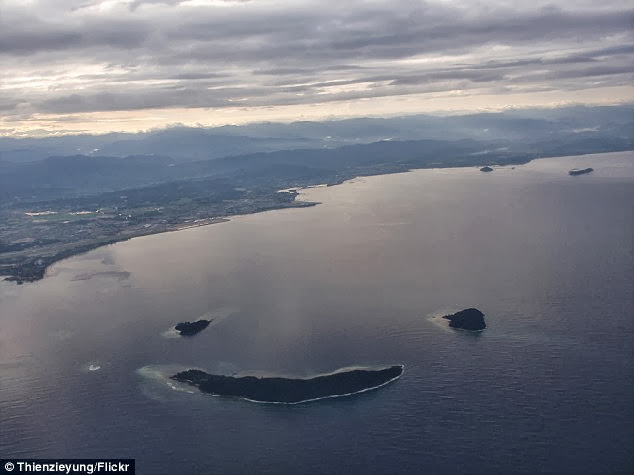 A trio of islands in Malaysia - Manukan, Mamutik and Sulug - are happily grouped to form a smiley face, surely cheering up passengers on long haul flights lucky enough to pass over them. 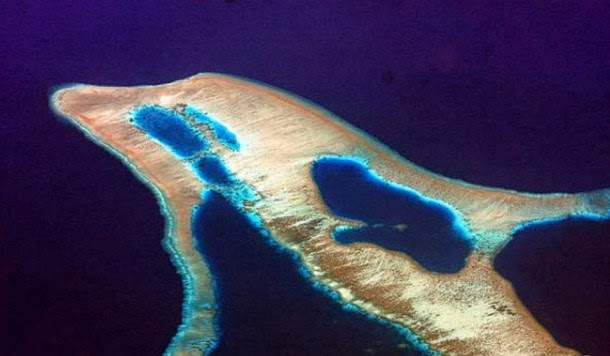 This is located near the Indonesian island of Flores, in the group of the Lesser Sunda Islands.  This is one of the smaller coral islands. It looks like a dolphine that might have been swimming around it. Simply breathtaking! 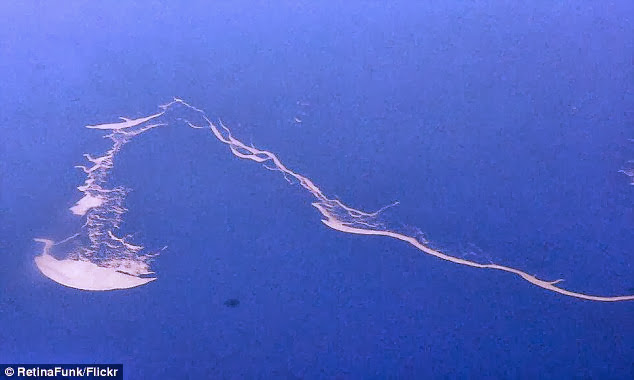 It resembles a lonesome sperm swimming in the big blue sea and that it was photographed somewhere on a flight between Europe and Japan. 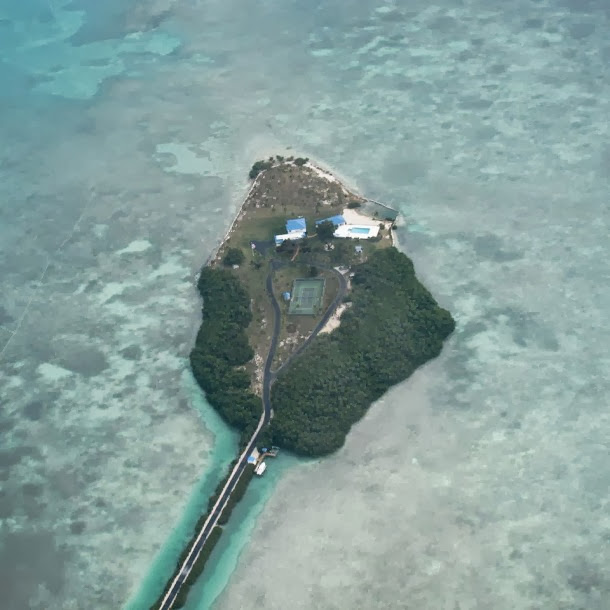 This island completely resembles lungs with a trachea and bronchi. This island is the home of a luxury villa complete with swimming pool and tennis court in the Florida Keys. 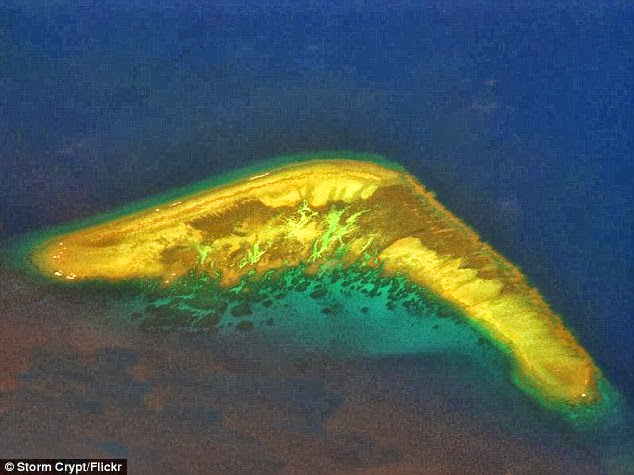 This island is located in the middle of the South China Sea. It can be spotted by a flight from Manila to Kuala Lumpur- about 45 minutes after take-off.  The atoll is part of the Spratly Islands - an archipelago of over 750 islets, reefs, cays and islands in the South China Sea. 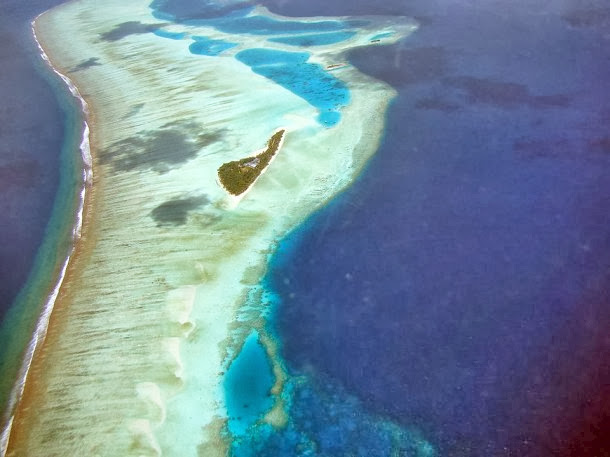 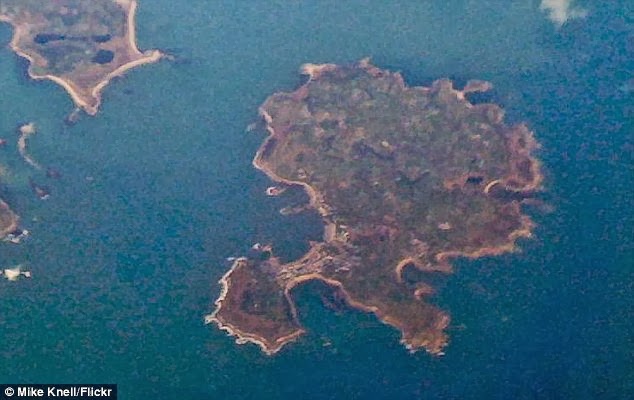 This island looks like a an oversized shrub, with a trunk, branches and foliage. This is the Isles of Scilly located off the coast of Cornwall in the UK.