“Fire Rainbows” are neither fire, nor rainbows, but are so called because of their brilliant pastel colours and flame like appearance. They are technically known as circumhorizontal arc - an ice halo formed by hexagonal, plate-shaped ice crystals in high level cirrus clouds. The halo is so large that the arc appears parallel to the horizon, hence the name. This amazing phenomenon is indeed very pleasant to beholders sight.

Brightly coloured Fire Rainbows occur mostly during the summer and between particular latitudes. When the sun is very high in the sky, sunlight entering flat, hexagon shaped ice crystals gets split into individual colours just like in a prism. The conditions required to form a “fire rainbow” is very precise – the sun has to be at an elevation of 58° or greater, there must be high altitude cirrus clouds with plate-shaped ice crystals, and sunlight has to enter the ice crystals at a specific angle. This is why circumhorizontal arc is such a rare phenomenon. 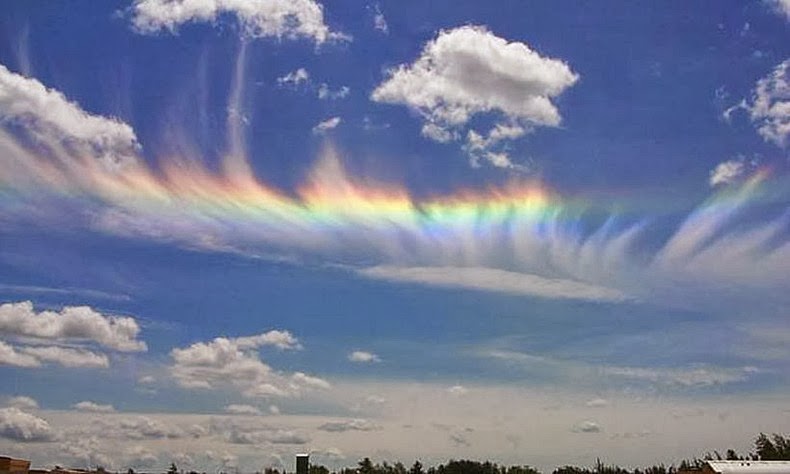 A colourful circumhorizon arc spans the sky near Fredericton, New Brunswick, Canada, in 2003.

The position of the observer is also important relative to the phenomenon. Circumhorizontal arcs cannot be seen in locations north of 55°N or south of 55°S. Likewise there are certain times of the year when they are visible. For example, in London, England the sun is only high enough for 140 hours between mid-May and late July. While in Los Angeles, the sun is higher than 58 degrees for 670 hours between late March and late September. 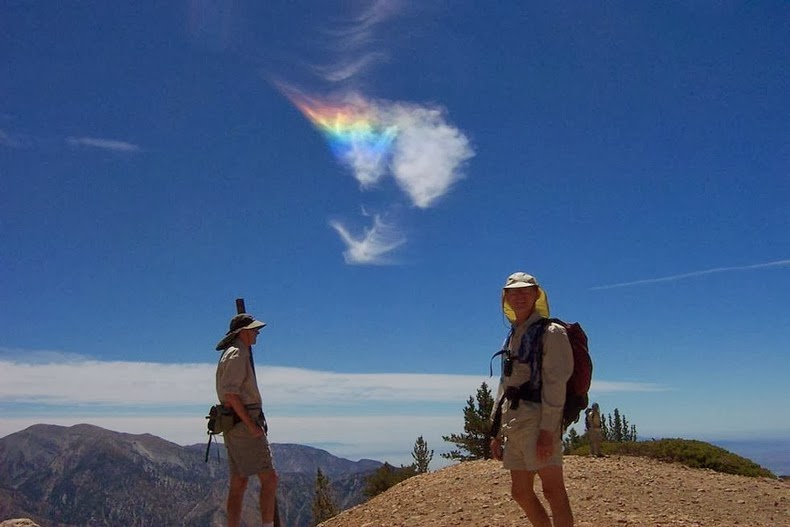 Circumhorizon arcs are so large that sometimes we see only parts of them where they happen to 'light' fragments of cirrus cloud. Ed Johnson (site) captured this one on June 8, 2003 on Mount Baden-Powell, California. 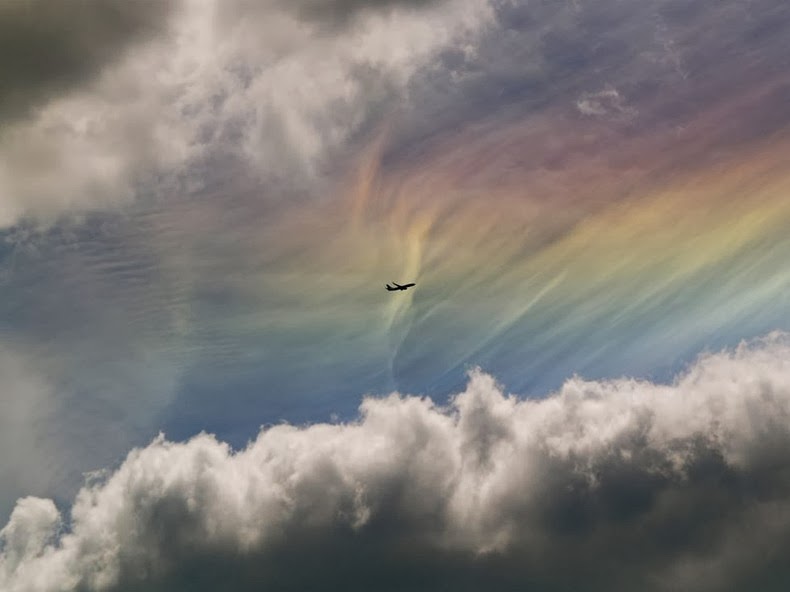 Circumhorizon arcs are so huge that their colours sometimes appear to be those of the sky itself rather than an ice crystal halo. In this long-lens shot the halo forms a backdrop to a seemingly tiny aircraft. The picture was taken at Pilesgrove, New Jersey in July 22, 2007. Here are few other places where the phenomenon was observed. 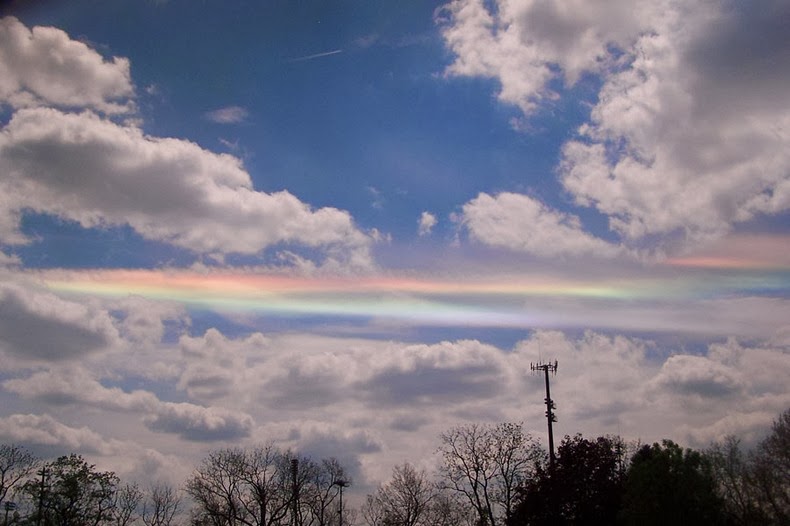 This circumhorizon display was photographed through a polarized lens above Dublin, Ohio, in May 2009. 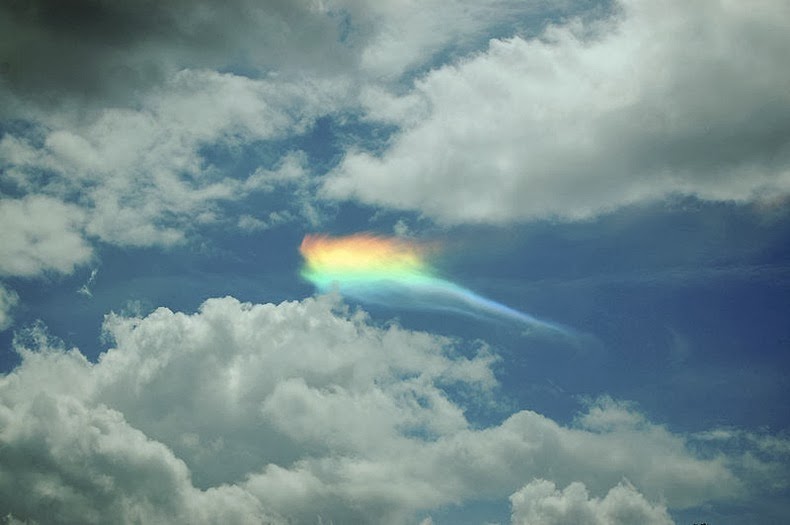 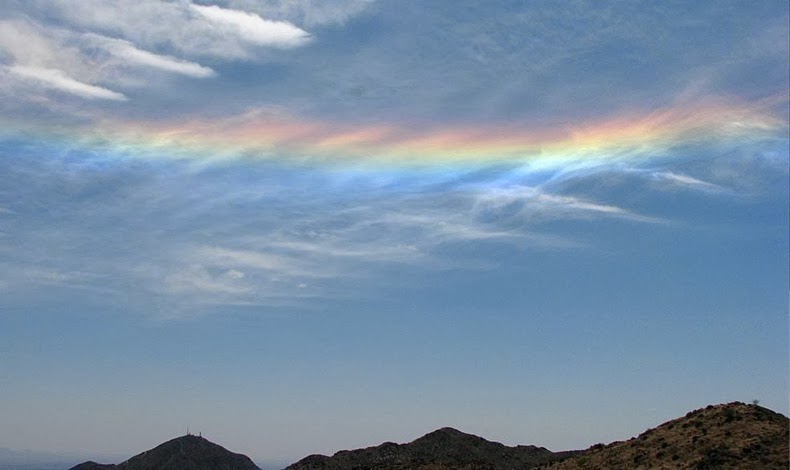 Circumhorizontal arc in Scottsdale, Arizona in 2009 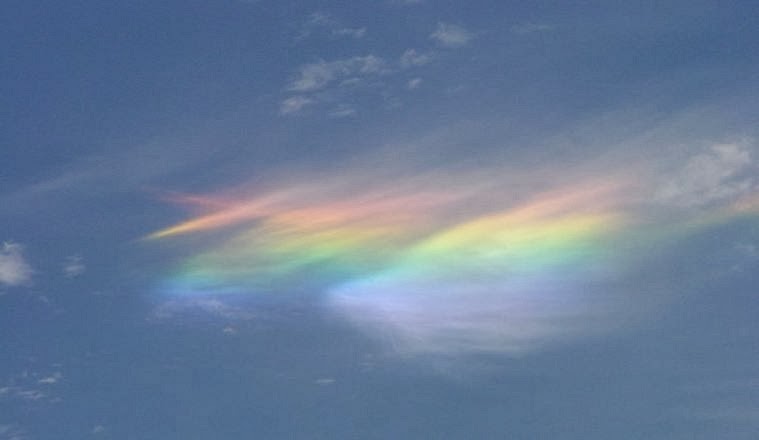 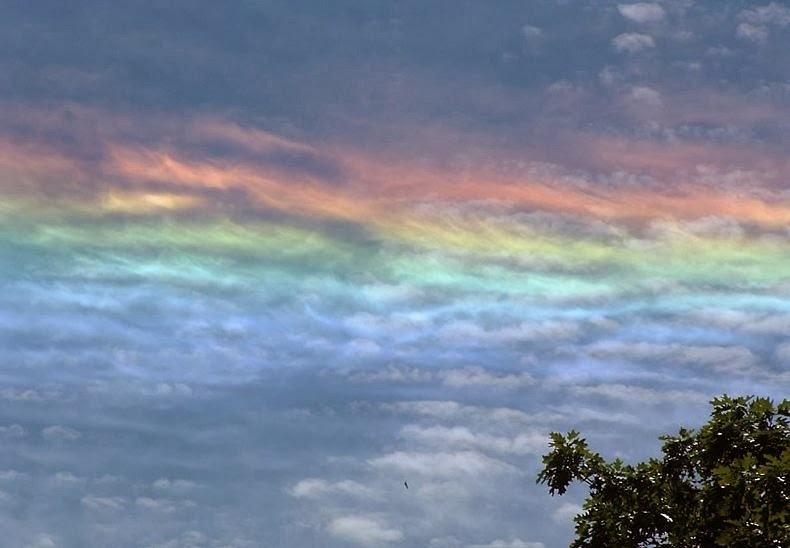 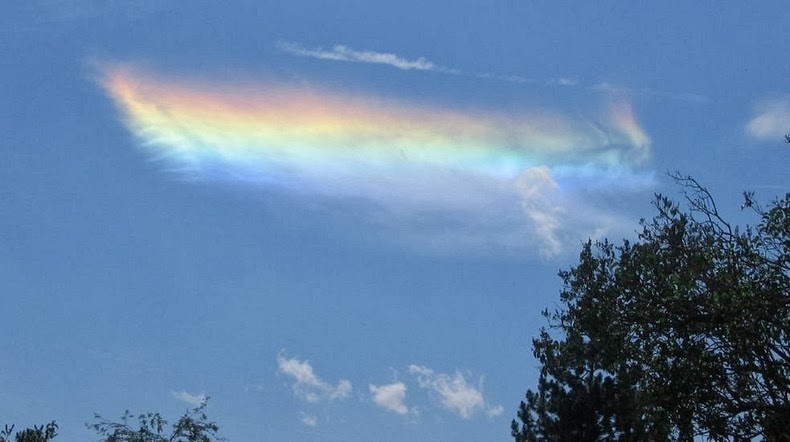 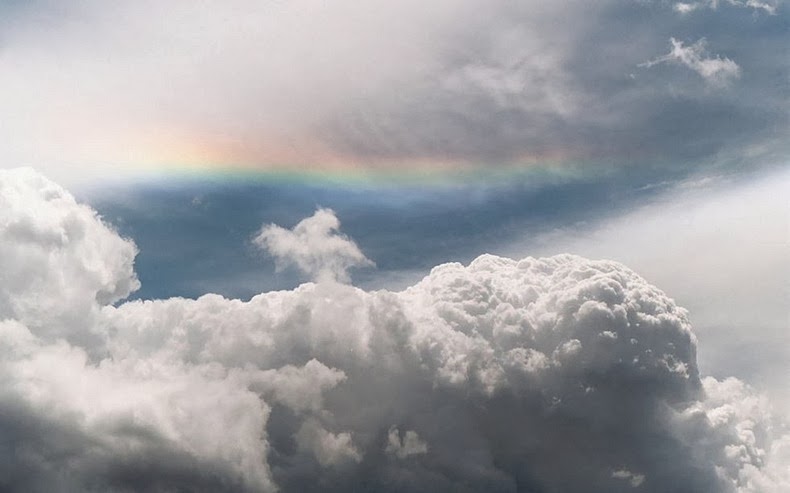 Circumhorizon arcs are often seen between lower obscuring clouds. This one was seen in Redding, CA in June 2004. 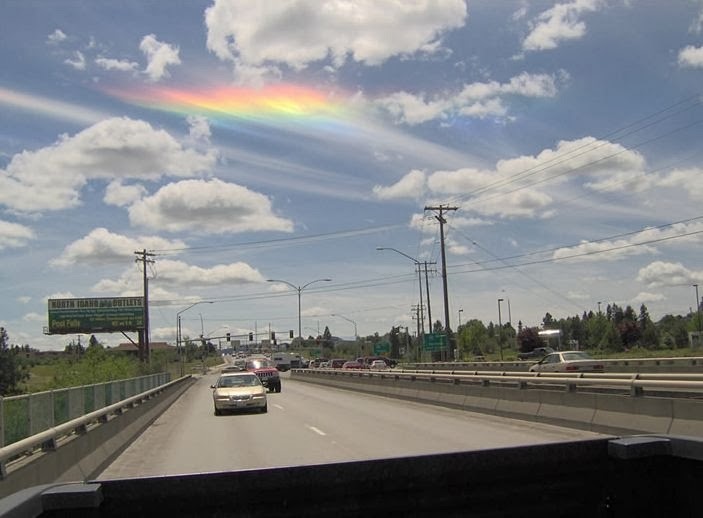 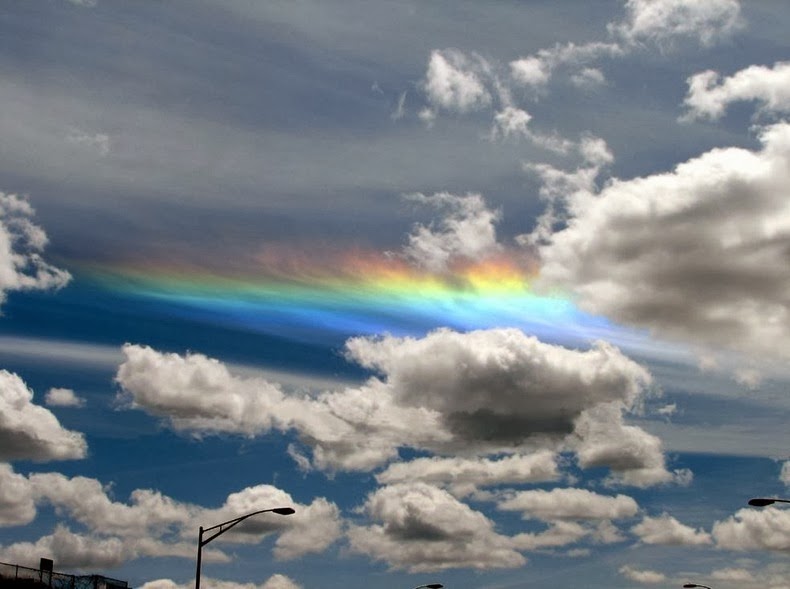