Optical Illusions That will Definitely Confuse your Mind

Lets Start With the Simple One. From lower to Higher Level check how much your Brain Been in Illusions.

1. Observe closely which disc is turning faster ?
I bet u cant reach any solution because both are exactly same and turning at same rate. 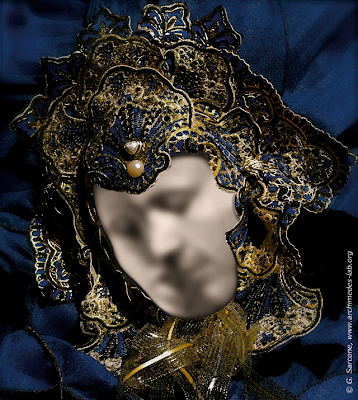 The viewer (test person) sees a picture representing a Venetian mask and is asked if he/she notices something special in it. A surprising number don’t notice that the main features of the mask are actually composed of two distinct faces: a man and a woman kissing one another.
Once the viewer discerns two individual faces, his/her brain will ‘flip’ between two possible interpretations of the mask, making the viewer perceive two faces or one face in alternation.
This kind of illusion, where the viewer experiences two equally possible interchangeable stable states in perception, is called “bistable illusion”. 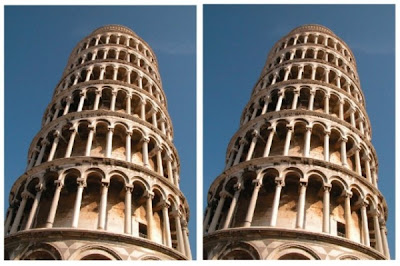 Here is a novel illusion that is as striking as it is simple. The two images of the Leaning Tower of Pisa are identical, yet one has the impression that the tower on the right leans more, as if photographed from a different angle. The reason for this is because the visual system treats the two images as if part of a singlescene. Normally, if two adjacent towers rise at the same angle, their image outlines converge as they recede from view due to perspective, and this is taken into account by the visual system. So when confronted with two towers whose corresponding outlines are parallel, the visual system assumes they must be diverging as they rise from view, and this is what we see. The illusion is not restricted to towers photographed from below, but works well with other scenes, such as railway tracks receding into the distance. What this illusion reveals is less to do with perspective, but how the visual system tends to treat two side-by-side images as if part of the same scene. However hard we try to think of the two photographs of the Leaning Tower as separate, albeit identical images of the same object, our visual system regards them as the ‘Twin Towers of Pisa’, whose perspective can only be interpreted in terms of one tower leaning more than the other. 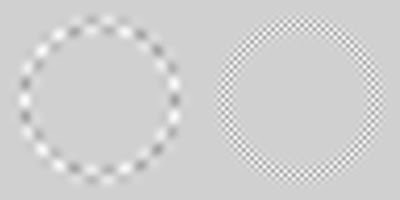 The illusion in the figure on the left consists of two sinusoidal gratings at 45° and 135° which combine to form a plaid. The contrast of this plaid is windowed by a perfect circle. Despite this, the percept is far from circular – rather, it appears octagonal with distinct sides. The percept is generated by attraction and repulsion of the circular envelope in the orientation domain by the sinusoidal carrier gratings. It relies upon the sharp transition between Fraser illusion (attraction) and Zöllner illusion (repulsion) at the knee-points of the octagon.
Whilst the illusion is scale-invariant in that it does not change with viewing distance, if the scale of the carrier grating is lowered (Figure on the right) relative to the circle, the percept changes from an octagon to a diamond. This is well-predicted by the variation in the strength of the Fraser and Zöllner illusions as the relative spatial scale of carrier and envelope is varied (Skillen et al. (2002) Vision Research 42, 2447-2455). 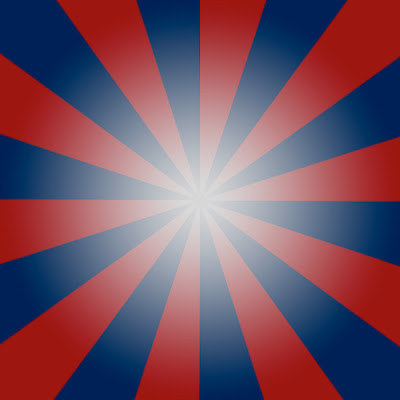 For the primary effect, one should sit at a comfortable distance and then move forward toward the center of the figure. An interesting change in apparent brightness and to some degree form will result what may be called a “here comes the sun” effect. By moving back and forth, this apparent change will repeat. 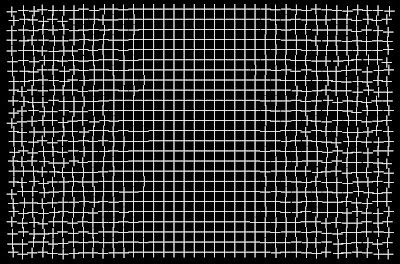 This is a classic and it is almost impossible to get perfectly right. Try it multiple times if you wish. That would kind of be like cheating, but if it makes you feel better, go ahead. You are going to do it more than once aren't you?


We like it when simple objects are transformed with a little motion. Click the link below, grab the parallel lines, and move them over the background - see what a little movement does to two boring sets of lines.


10. Look at this oddly-coloured flag for 30 seconds. Then look at a wall or sheet of paper. Does it look more familiar now?

Concentrate on the black point in the middle of the image and see what happens.

This silhouette wins the award for coolest thing we've seen all day - and it's not just because the tiny dancer above is in the buff. This is a little test that will tell you whether the left or right hemisphere of your brain is more dominant.