Top 10 Explanations For The Bermuda Triangle


Top 10 Explanations for The Bermuda Triangle

The Bermuda Triangle, as we call it today, was coined by the writer Vincent Gaddis in 1964 when he wrote a cover story for Argosy magazine about the strange disappearance of Flight 19. It is also known as ‘The Devil’s Triangle’ or the ‘Isle of Devils’, the Bermuda Triangle is popularly thought to be an area in the Atlantic Ocean off the coast of Florida to one small island in Bermuda to an island in Puerto Rico. From point to point the area spans into an imaginary triangle. According to many scientists today, however, the only boundaries it truly defines are the ones between fantasy and fiction. The Bermuda Triangle is inaccurately known as a place where more ships and planes have mysteriously disappeared than anywhere else in the world, but why? Here are the top ten reasons the Bermuda Triangle has received a reputation as a possible epicenter of alien abductions, ghost ships, sea monsters, time portals, and other madness and mayhem.

And since The Bermuda Triangle is the most requested, most sought-after trivia of all time, even if we posted twice about it, you still can't get enough of it. So you desperately want this so bad? Well then, The Pooch is back for more Stunning Top 10. 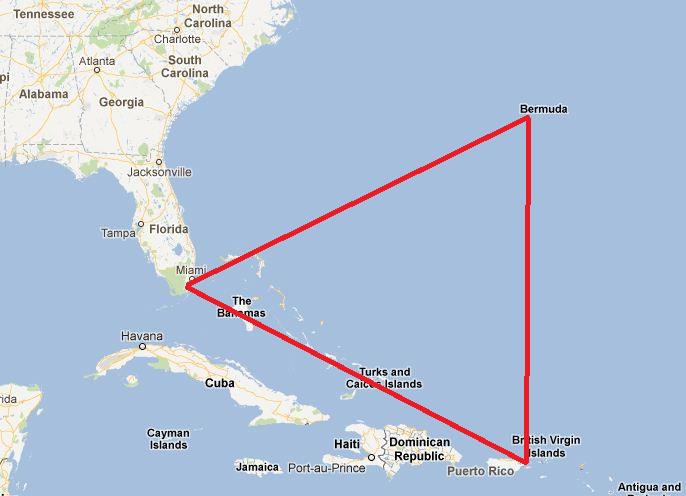 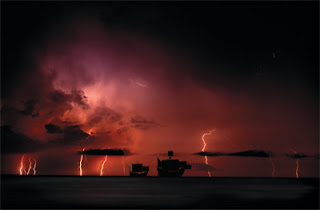 The only explanation is no explanation, that is to say, the Bermuda Triangle theory is based on superstition that took hold of people’s imagination mostly starting in the 20th century making the propensity people have to gravitate to tall tales the number one reason the Bermuda Triangle story exists at all. Over time, writers took previous claims of old, sailor tales and legends and even records by Christopher Columbus himself of the area having “strange dancing lights on the horizon” “flames in the sky” and “bizarre compass bearings” and continued to embellish and add to the mystery with more up-to-date embellishments. Today it is believed that what Columbus was observing were Taino natives cooking fires from their canoes or on the beach. The compass readings were off because of a miscalculation of the movement of a particular star, and the flames in the sky were meteors falling to earth which are easily seen while at sea. 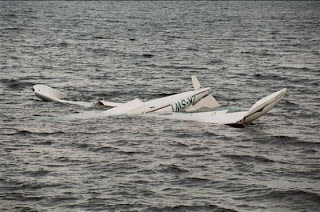 Human error is the number one reason cited for losses of aircrafts and vessels at sea although I’ll list it here as number two. Spatial disorientation and sensory confusion is rare with pilots but are a well-known reason for a small percentage of flying accidents with 87% of those accidents resulting in fatalities. Also the fact that the area within the Bermuda Triangle receives a great deal of traffic, more so than in other areas, leads to more accidents and disappearances. Human error is most likely the number one cause of fatalities but something even greater is really the cause for all the speculation. 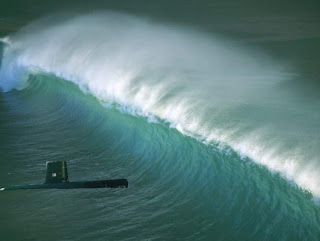 Caribbean-Atlantic storms yield unpredictable weather and waterspouts within the area of the Bermuda Triangle making weather and rough waves one of the biggest causes of disappearances in the Bermuda Triangle at number 3 by many scientists. According to Norman Hooke who works for Lloyd’s Maritime Information Services in London, “The Bermuda Triangle does not exist.” He says instead the incidents are weather-related accidents. Destructive hurricanes in the area are well-documented occasions as well as rogue waves that sink ships and oil platforms. Recent satellite research has proven one single wave to reach as high as 80 feet or higher in open ocean areas.

The Gulf Stream is virtually like a river within the ocean itself that originates in the Gulf of Mexico and flows through the Straits of Florida into the North Atlantic. It spans a 40 to 50 mile-wide area and it can carry debris up to a surface velocity of 5.6 miles per hour to two to four knot currents depending on weather patterns. The Gulf Stream could easily move a plane or a ship off course, and furthermore, the Bermuda Triangle includes some of the deepest trenches in the world, some as deep to nearing 28,000 feet. Vessel remains are very likely to be swallowed up forever by the sea and into the trenches if not by the current. Unexpectedly high waves also have been reported up to eighty feet high outside of the Gulf Stream adding to the difficulty of finding ships and planes lost at sea bringing it through in the top ten list at number 4.

Strange disappearances in the Bermuda Triangle have been linked with evidence of compass and navigational problems, making geomagnetic fields a real, plausible case for disappearances in the Triangle. Problems with magnetic equipment from geomagnetic fields is 5 of the top ten reasons the Triangle became mystified. Many have theorized that there are magnetic anomalies in the area and that the region is unique in that it’s one of only two places on Earth where true north and magnetic north line up which can vary readings on navigational equipment. In relation to the ‘electronic fog’ theory by Rob MacGregor and Bruce Gernon, powerful electromagnetic storms from within the Earth break through to the surface and come into the atmosphere leaving a fog behind. 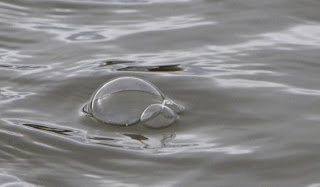 Coming in at number 6 for an explanation of the Bermuda Triangle as being a mysterious, ocean-eating triangle in the Atlantic is methane gas. An explanation for some disappearances in the Bermuda Triangle has focused on the presence of vast fields of a natural gas called methane. Laboratory experiments have proven that bubbles of methane could indeed sink a model ship by decreasing the density of the water with wreckage being very likely to rise to the surface to then be rapidly swept away by the Gulf Stream. It has additionally been proposed that these eruptions or ‘mud volcanoes’ can produce frothy water that is no longer capable of providing adequate buoyancy for ships causing them to sink very rapidly without warning. It has been proposed that this methane gas can also effect planes as well as ships. Publications by the USGS describes large stores of undersea hydrates worldwide but according to other papers, no large release of gas is believed to have occurred in the Bermuda Triangle for the past 15,000 years. No release or just no records? 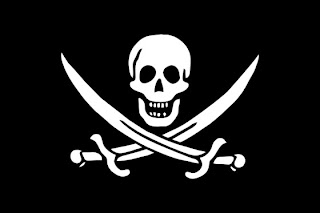 Much more plausible, although much more tragic, are deliberate attacks of destruction coming in at number 7. It’s a cause caked with nothing more than the mundane reality of countless casualties at sea and at air from the long-time, human practice of war. Although as far as Flight 19 was concerned, there was no evidence or suggestions that the missing planes disappeared because of deliberate attacks of destruction, many believe these are the reasons for many other missing planes and ships in the Bermuda Triangle area. Deliberate acts of destruction includes acts of war and piracy. Records in enemy files during World Wars have documented numerous losses, and of those that aren’t recorded, many are assumed to have been sunk by either surface raiders or submarines. Piracy is the capture of crafts at sea by thieves, drug smugglers, and pirates. In the past and even today there are many recorded episodes of these acts of piracy being responsible for missing vessels at sea even long after captain Blackbeard went to his watery grave. 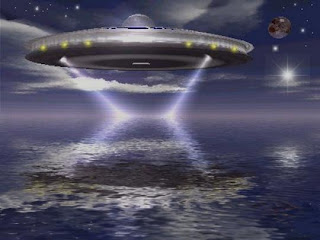 Alien abductions come in at the top ten reasons for the Bermuda Triangle disappearances at number 8 because they are so popularized however unlikely. Part of the hype about ‘mysterious’ accidents in the area was heightened in 1967 with a press release by the National Geographic Society detailing strange phenomena in and around the Triangle. Of course alien abduction was not a suggestion, but people soon began filling in the blanks with explanations like aliens disrupting navigational equipment in order to abduct people. The fog of the psychedelic sixties was beginning to lift as people were moved into the 70s, but the idea of aliens continued long after the 60s became a transcendental memory. Even Steven Spielberg in this science fiction film, Close Encounters of the Third Kind, features the lost Flight 19 aircrew that went missing in 1945 while over the Triangle. A massive land and sea search was mounted for the 5 Navy torpedo bombers that disappeared while in routine flight as well as a rescue plane that went missing after being sent to search for the missing crew. Flight 19 was made up of a 13 men with neither bodies nor wreckage ever being found including the rescue plane or the other 14 men who went in search of Flight 19. Shot down or beamed up to Mars? 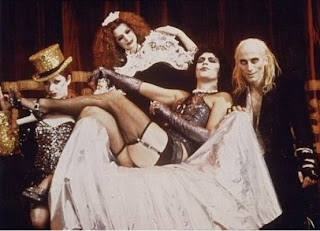 Portals leading into other dimensions, tears in space and time? This theory comes in at number 9 for serious lack of evidence, sorry Dr. Who fans. Some reports say that as many as 1,000 lives have been lost in the past 500 years and that more than 50 ships and 20 planes have been lost within the last century. The U.S. Navy and Coast Guard have said there is evidence of unusual activities in the area, but time travel? Still the idea circulates despite the fact that the Bermuda Triangle is one of the most trafficked areas in the world and therefore the number of supposed disappearances are insignificant according to the Navy. Still, believers exist that think the Bermuda Triangle has ‘blue holes’ thought to be the remains of wormholes where aliens cross dimensions to travel to Earth. A current theory now exists by Rob MacGregor and Bruce Gernon of an “electronic fog” that has time travel qualities.

10. Leftover technology from the lost city of Atlantis 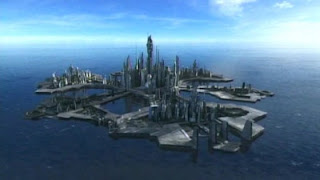 Of the various claims about the Bermuda Triangle, the suggestion that it is the location of the lost city of Atlantis is one popularized idea and it comes in at number 10. The well-known Edgar Cayce prophesied that in 1968 archeologists would find the entrance to the drowned city of Atlantis near Bimini in the Bermuda Triangle. At that time a special submerged rock wall formation was found off an island in the Bahamas and many think this is evidence of the lost city of Atlantis. According to the legend, the city of Atlantis was powered by crystals and that they still send out waves of energy today as they lay buried under the sea causing ships and planes to be sent off course by effected navigational equipment. Conspiracy theorists today also speculate about an underwater military base known as Underwater Area 51 as reason for disappearances in the Bermuda Triangle.