Ancient Cave City Discovered in Nepal 155ft off the Ground

One of the world’s greatest archeological mysteries has been discovered deep within the Himalayas in Nepal. Thousands of man-made caves have been found dug into a cliff so large that it dwarfs the Grand Canyon. The caves were either dug directly into the hillside or tunneled from above and who made them and why remains a mystery. 10,000 of these caves have been discovered which makes the cliff resemble a giant “sand castle”. The photos of this magnificent discovery where provided by adventure photographer Cory Richards when he joined archeologist Mark Aldenderfer and a team of explorers to unearth hidden artifacts in the caves. 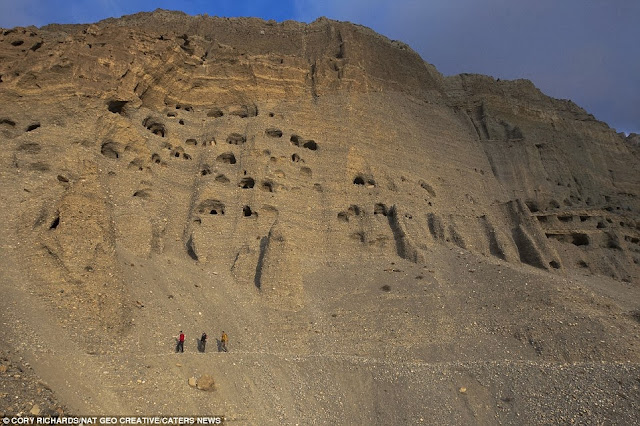 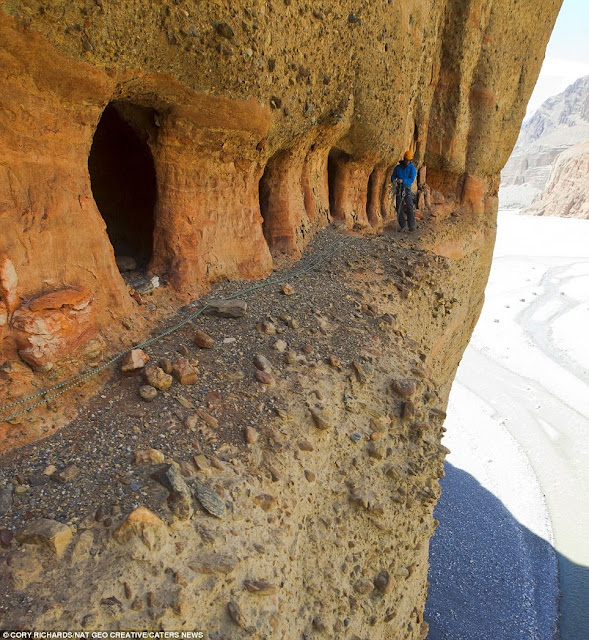 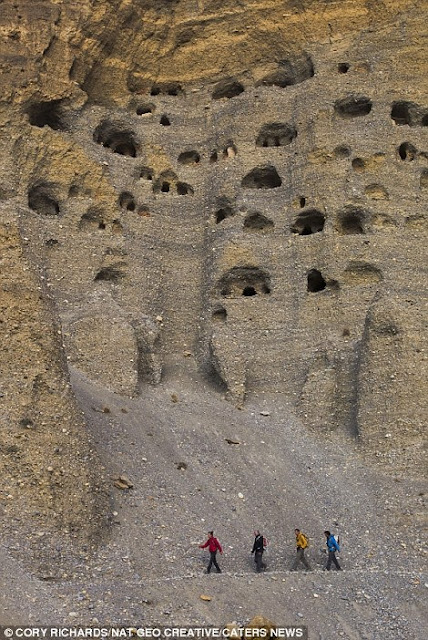 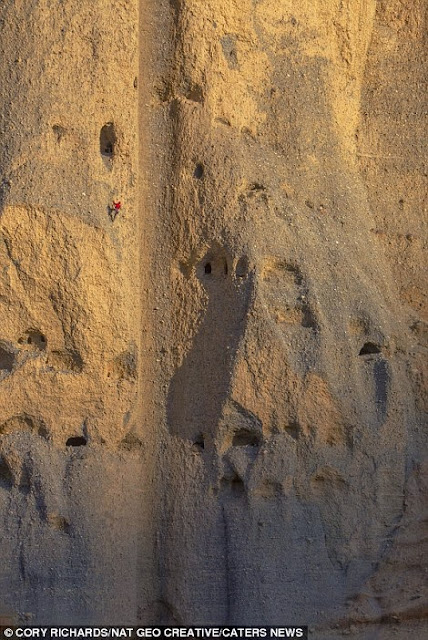 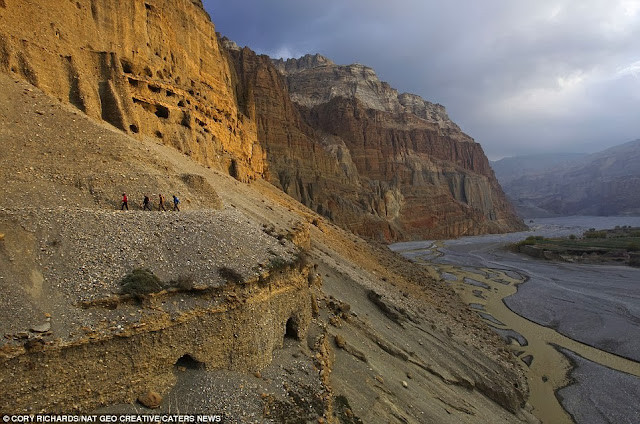 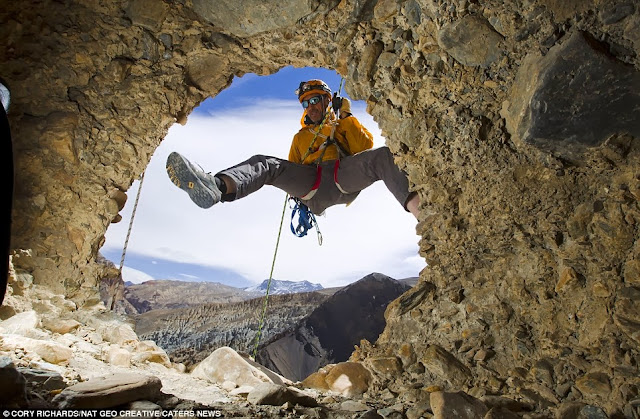 The image below shows the eroding murals of a cave thousands of years old. 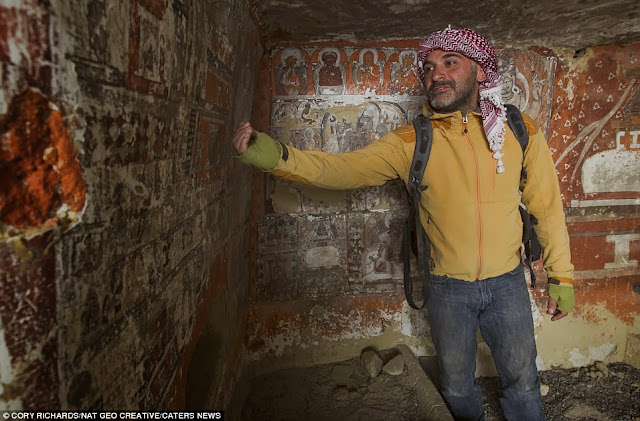 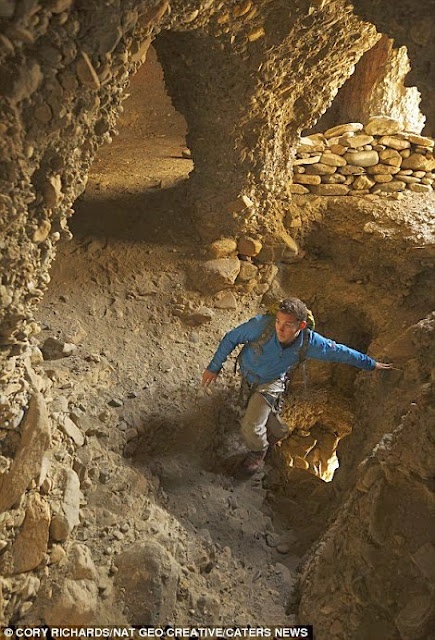 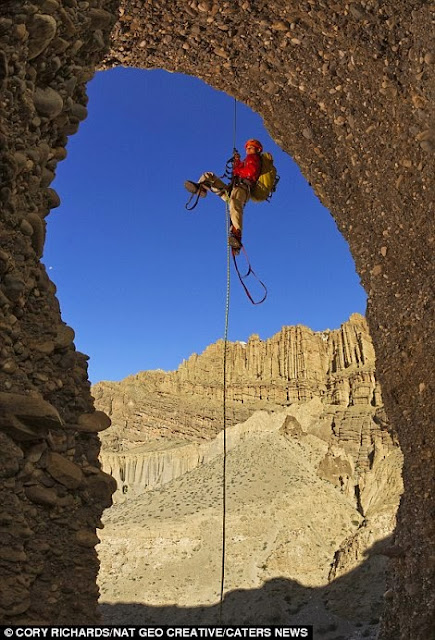 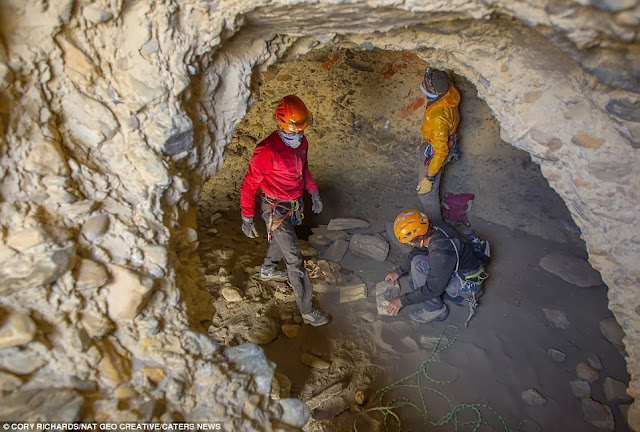 Richards reflects about being asked to join in on the project in the former Kingdom of Mustang in North, Central Nepal. “He started telling me about this place where we were going. The words he was using conjured these images of a place I couldn't really imagine. Quite honestly when I got there it was even bigger and more grand than anything I ever could ever have imagined. We're talking about somewhere that reminds us of the Grand Canyon, the desert south west but then has this incredible history to it. You see these caves carved into the rock and now they're completely inaccessible. As we started getting deeper into it, I started to see the magic of what we were approaching, the culture in practice, a 12th century village underneath the caves they used to live in, caves that are now forgotten. We started asking questions about how did people get into them?” Unfortunately, accessing the caves proved to be very dangerous. While on assignment, Richards lost his footing, fell and broke his back. He states “One of the things I think we forget when we're talking about adventure, science and exploration is it gets dangerous at times one of the reasons its so exciting is because there are consequences and big consequences.”

Misfortune stuck again when Richards returned a year later with his friend Lincoln Else to film. A rock fell from above, hitting Lincoln in the head and fractured his skull. While his friend made a full recovery, Richards reiterates the dangers associated with exploration projects like this. “Again it was a point of realization that yes what you are doing is very important but it's also very dangerous and when you talk about adventure there are sides to it that are unpleasant.”